All weekend long Eli Tomac and Ken Roczen had some good fights at the 39th Supercross of Paris, and finally it’s Ken who bring back home the ‘King of Paris’ trophy as he won the three races on Sunday. First experience for Ken in Paris and first win, first experience also in the SX2 class for Australian Matt Moss who is the new ‘Prince of Paris’. 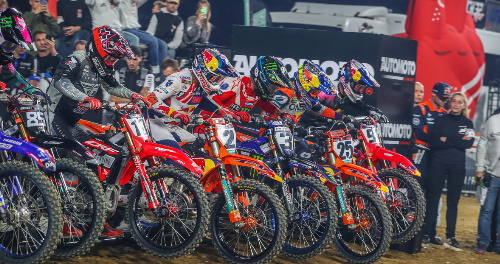 Once more the public was there this year to celebrate the main European Supercross, and a total of 40000 spectators come at Paris la Defense Arena to cheer their heroes. Two of them battle both nights for the win: Eli Tomac and Ken Roczen. Eli won the first round on Saturday, but today Ken replied by winning the three races! It was a perfect night for him, as he didn’t do any mistake to beat Eli in the three races. Winner in front of Eli Tomac (2/2/2), Justin Brayton (5/3/3), Marvin Musquin (2/5/4) and Cooper Webb (4/4/5), Ken is the 2022 King of Paris and USA won the team’s classification.
In the SX2 class we saw again a rider winning the three races; yesterday it was Chris Blose, today it was his teammate Matt Moss who got great starts to win the overall classification as Chris was unfortunate with a crash at the second start and another in the main event. Second today was Jace Owen (8/2/2, followed by Brice Maylin (3/5/4) and Cullin Park (2/3/9) who lost his chances due to a crash in the last moto. Moss is the new Prince of Paris, with Jace Owen and Chris Blose on the podium.
Next year the Paris Supercross will celebrate it’s 40th birthday, and Larivière Organisation has one year to prepare the event who will be organised on November 18th and 19th. 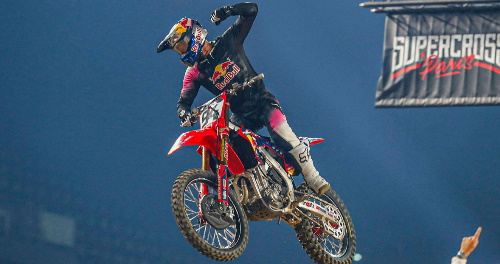 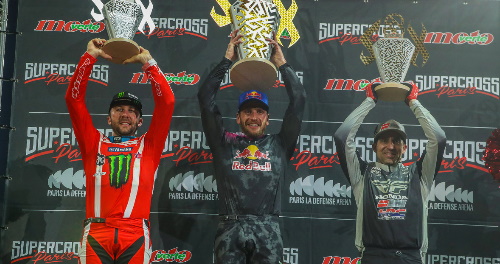 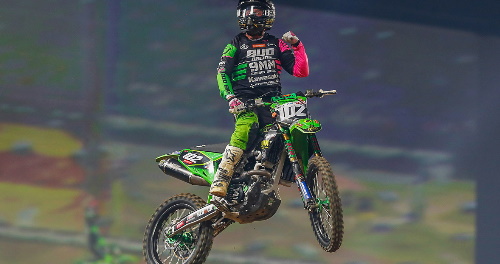 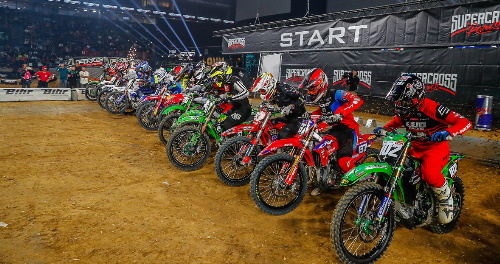 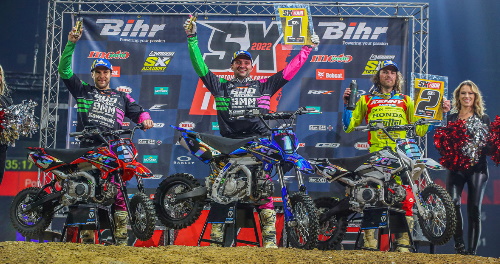