From France to Switzerland! iXS hostettler Yamaha had another busy weekend of racing in both the French and Swiss national series, but took trophies along the way. Valentin Guillod started his weekend with round four of the French Elite series, run at Castelnau-de-Levis, before joining Kevin Brumann in Switzerland. 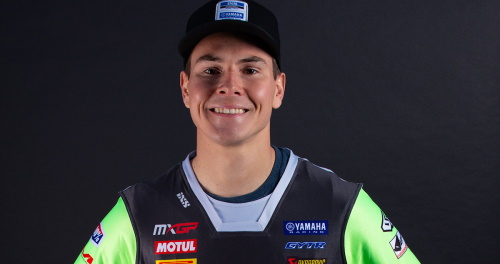 Starting with Sunday's round in France, Guillod raced to third overall in a stacked field and stayed close to his title foe. 3-3 scores are not a true representation of how well he performed on his YZ450F – four measly seconds separated him from the winner in both motos. It cannot get much closer than that! The difference between Guillod and the current championship leader is still at 39 points, thanks to that third-place trophy that he secured in front of the passionate French fans.

Finishing third was a solid start to Guillod's weekend, but he was destined for more than that when he got to Frauenfeld for the second round of Switzerland's national series. Riding in both MX Open and MX2 again, he swept every session aboard his YZ450F en route to another clear overall victory. A 41-second advantage in the first MX Open moto was particularly impressive. Guillod won the overall in the MX2 category as well, thanks to 2-1 scores. A familiar face got the best of him in moto one… 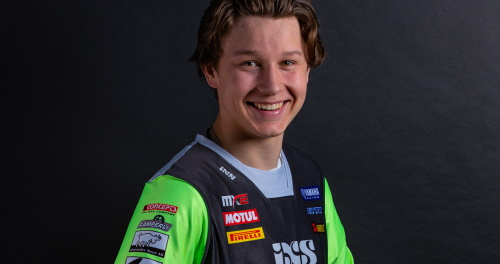 Kevin Brumann had momentum on his side entering Frauenfeld, as he was impressive at the Grand Prix of Trentino last weekend, but he just missed out on pole position by a tenth. The first moto was where he got his revenge on his teammate, however, as he sprinted to the victory by four seconds! Brumann went on to take second in the final moto and occupied the same spot on the overall podium, therefore completing a 1-2 sweep for the team in the MX2 category!

Valentin Guillod and Kevin Brumann will attempt to carry their fine form into this weekend's Grand Prix of Latvia, round six of the 2022 FIM Motocross World Championship. Sandy soil awaits!

Valentin Guillod: "I am happy because it was a big weekend and a very tough one. I was actually quite tired today, Monday, so I am quite happy that I stayed focused all day. When you are tired, you can crash quite easily. It was positive and I have to thank my mechanic, who did a great job and travelled with me through the night. I have to thank iXS hostettler Yamaha too – they do such an amazing job."

Kevin Brumann: “I was feeling really good all day long and my first race was great! I had a good start and could pull away to take the win. My start in the second was not that good, but then I got a bit closer. I turned my leg though and had to drop back. I still finished second though, so I am happy with the weekend.”