The second and last round of the Internazionali d’Italia MX Series Pro 2022 was held today on the sandy track of Riola Sardo, on the middle west coast of Sardinia. The Champion of the ’22 series is Tim Gajser (Honda) who claims the crown in both, Supercampione and MX1 class. The Slovenian dominated the two motos of the day as Cornelius Toendel (Fantic) and Cas Valk (Fantic) did it in MX2 and 125 classes. 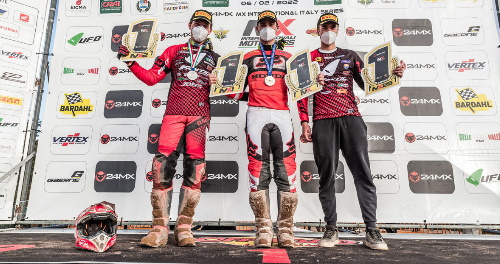 The first race of the day was won by Valk who took the hole-shot and took an easy victory, scoring also the 24MX Best Lap, on Ferruccio Zanchi (Yamaha) and Maximilian Werner (KTM), who started second and was passed by the Italian in the last lap while some lapped riders where slowing down the German rider. In the second moto Werner took the hole-shot but his leadership ended in lap two when Valk passed and went away, pulling the gap. After five laps was Zanchi who passed the KTM rider for the second place eventually keeping till the checkered flag. The podium of the 125 race saw Valk on the first step, with Zanchi second and Werner third, same podium for the series, with the Dutch rider first. 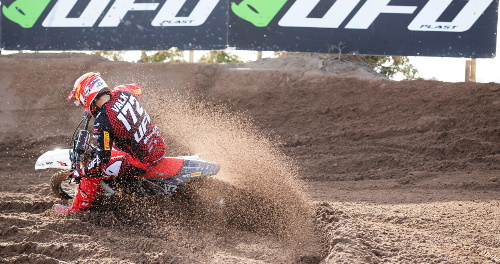 Hole shot in MX2 for Nicholas Lapucci (Fantic), who started from the second gate behind the poleman Simon Lagenfelder (GasGas) who took the lead after three laps. The German seamed to be able to get the victory till the last lap when he crashed with two lapped riders that where lining on the ground after a collision. The victory went then in Cornelius Toendel’s hands who came back from the fifth place at the start and passed the finish line first in front of Lagenfelder, fastest on track with the 24MX Best Lap and his team mate Hakon Osterhagen. The Norwegian won also the  MX2 series, leading after two rounds on Lagenfelder and Hakon Fredriksen (Honda). 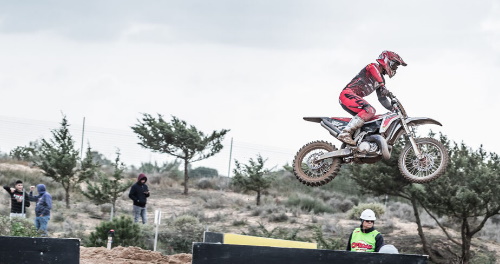 In MX1 Tim Gajser take the hat trick, scoring the pole position, the hole-shot, the 24MX Best Lap and taking the victory at the end of 16 laps. The Slovenian was able to held the pressure of Jorge Prado (GasGas), second of the day, while the other Spaniard Ruben Fernandez (Honda), crushed when he was third. Third place for Jeremy Van Horebeek who recovered from six place at the start and passed Alberto Forato (GasGas) six lap to the end of the monto. In the standings Gajser won the series with 47 points win Alberto Forato 36 and Tom Koch (KTM) 28. 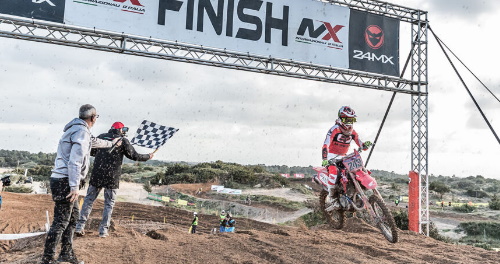 Gajser took the victory and the title also in the Supercampione class, taking the hole-shot and managing to lead for the whole race on Prado and Toendel who impressed, finishing third, being the first MX2 rider of the standings, while Van Horebeek, who started third had to stop for a check on his bike with some brake troubles. Gajser scored the 24MX Best Lap and won the series on Cornelius Toendel and Tom Koch.