Following a productive weekend off, iXS hostettler Yamaha returned to action this past weekend. It was a rather busy weekend for the 'blue' team; Kevin Brumann tackled the Grand Prix of Portugal, round four of the 2022 FIM Motocross World Championship, and Valentin Guillod chased a victory at round three of the French Elite series. 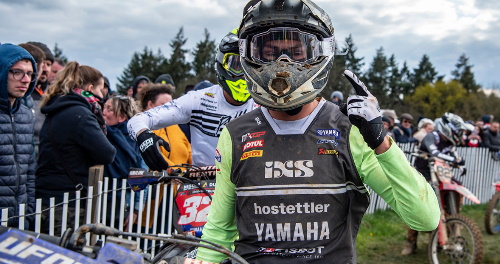 Guillod was the most successful iXS hostettler Yamaha star at the weekend; he showed blistering speed on his YZ450F. The fact that he secured pole position on Sunday morning served as proof of that pace and left him with some momentum heading into the motos. Unfortunately, Guillod was collected by a downed rider early in the first point-paying moto and remounted at the back of the pack. Not to be deterred, however, he put his head down and charged to sixth at the finish line, despite an additional crash. 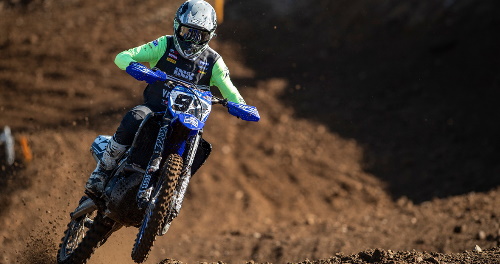 Another mediocre start in the second moto threatened to halt his charge for the victory, but he refused to give up and made a pass for the race lead on the very final lap! Guillod hit the finish line with a four-second advantage. A 6-1 scorecard left him in second overall at the end of the weekend, a successful day and one that helped him climb to second in the championship standings as well. The next round on the French Elite schedule will be run on April 17.

For Kevin Brumann, the Grand Prix of Portugal was a difficult event. A crash stopped him from entering the points in the first moto; he was hungry for redemption in the second moto though. Brumann was charging towards the top ten when another crash ruled him out of the race with a painful hand. The good news is that he will be ready to race at this weekend's Grand Prix of Trentino and eager to climb into the top fifteen in the championship standings. Nineteenth is the position that he currently occupies. 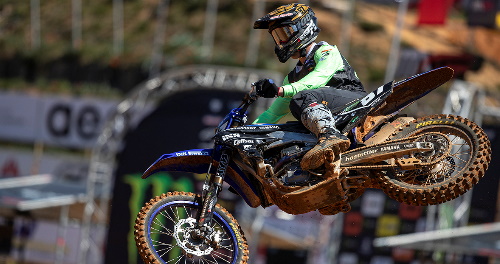 Valentin Guillod: “The day started well with pole position! I was frustrated about the first race, because I started around eighth and someone crashed in front of me. I hit his bike and crashed myself. I had to make a big comeback to P6. I was really motivated for the second race, but did not make a good start and was a bit tight in the beginning. I started to push after a few laps and came back. I took the lead on the last lap and won it! It was a good day and I am second in the championship now. The main goal is to be more consistent.”

Kevin Brumann: “I am disappointed about my weekend. I had a good flow in qualifying and finished fourteenth, so went into Sunday with a lot of motivation. I hit my hand quite bad in that crash in the second race, which ended my day early. I am not happy about how Portugal went. We are heading onto the next one now though and we will try to make it a lot better."